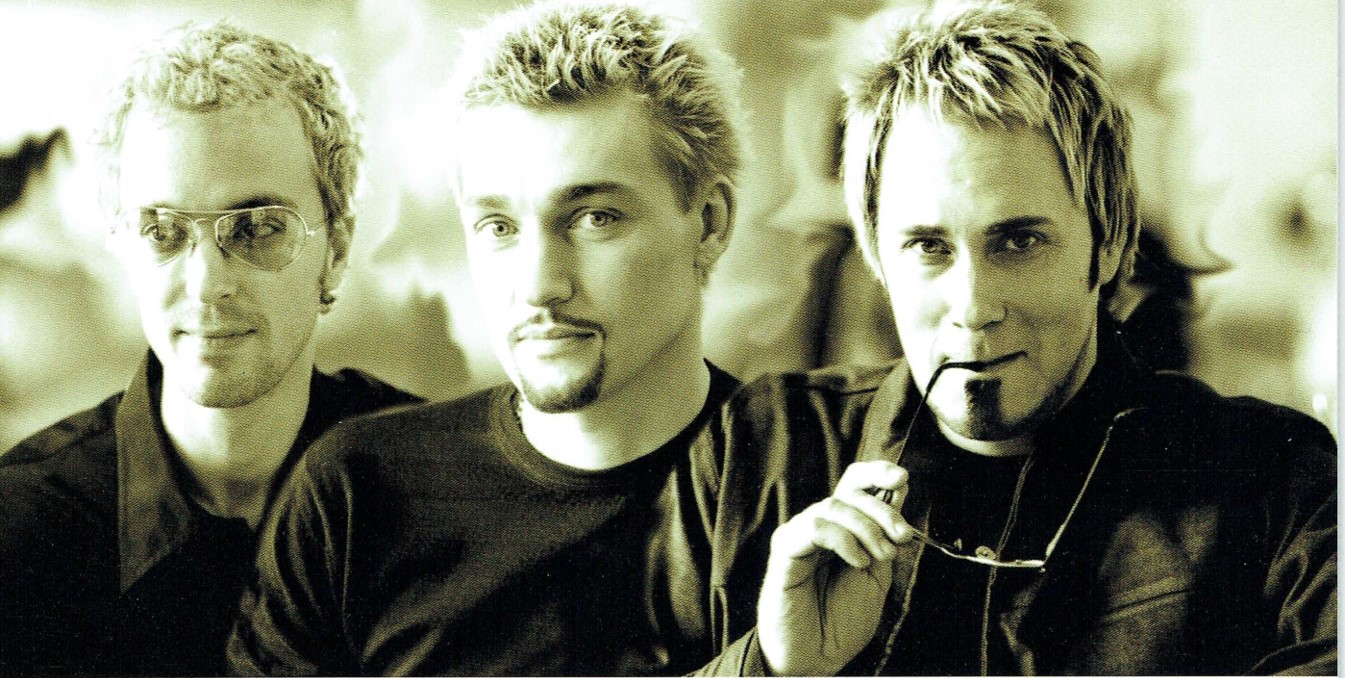 -“I remember it well, the day it all began! It was in December, 1992, my good friend Robert Tham and myself were in a bar, in Gothenburg, when he introduced me to a young man named Tobias Leo (to the left in the photo). My friend told me that Tobias was a very competent musician and he assumed that the two of us, Tobias and myself, would have a lot in common”

Says Mikael Vilkas (to the right in the photo).

As it turned out, Robert was right. It did not take long, until Mikael and Tobias began writing songs together. Initially they had no intention of forming a band, but after a couple of years they had written a pile of songs out of which many were to good not to use. They decided to go for it, start a band and went out searching for a vocalist. The rumour spread on the streets that the duo were looking to become a trio, and several vocalist tried out for the part. However it was not until they met Claes Hoog that they found the missing piece. Claes ( in the middle of the photo) impresses with a wonderful voice and a fantastic personality. Time to start recording, the trio entered the studio and Claes voice was in focus. The results were so great that the band recieved a record deal in 1998, their name was Say Colour!
“It’s summer in my heart” was the first song to be released. It was a rainy summer and a radiostation in Germany picked-up the song, saying “If it’s not summer outside, we can all have Summer in our hearts!” Partly thanks to that the song became a hit a cross the northern parts of Europe, Germany, Belgium, Holland and Sweden.
The album Seeing is Believing, was released in year 2000, and the band went to Tenerife, Spain, to record two music videos.
It has now been seventeen years and Claes, Tobias and Mikael met up to talk of back then. It turned out that all three were curious about what the response to their music would be today. Said and done, Say Colour, for the first time now releases the entire album on Spotify. All tracks have been remastered and a redux version of the hit “It’s Summer in My Heart” gives it a more modern sound. The old release never got the chance to go international, now is the time!
This error message is only visible to WordPress admins